All Reolink PoE cameras and WiFi cameras except for battery-powered wifi cameras can be used with Reolink PoE NVRs.

There are two ways of connection:

a. Connect the PoE cameras to the PoE NVR directly via an Ethernet cable. (suggested way)

b. Alternatively, you can power on this camera by a PoE switch/injector and connect to your router, then add this camera to the POE NVR system in the same local network.

All Reolink WiFi cameras (except for battery-powered cameras) can be used with Reolink PoE NVR, too. You need to connect them in LAN, the connection diagram as below: 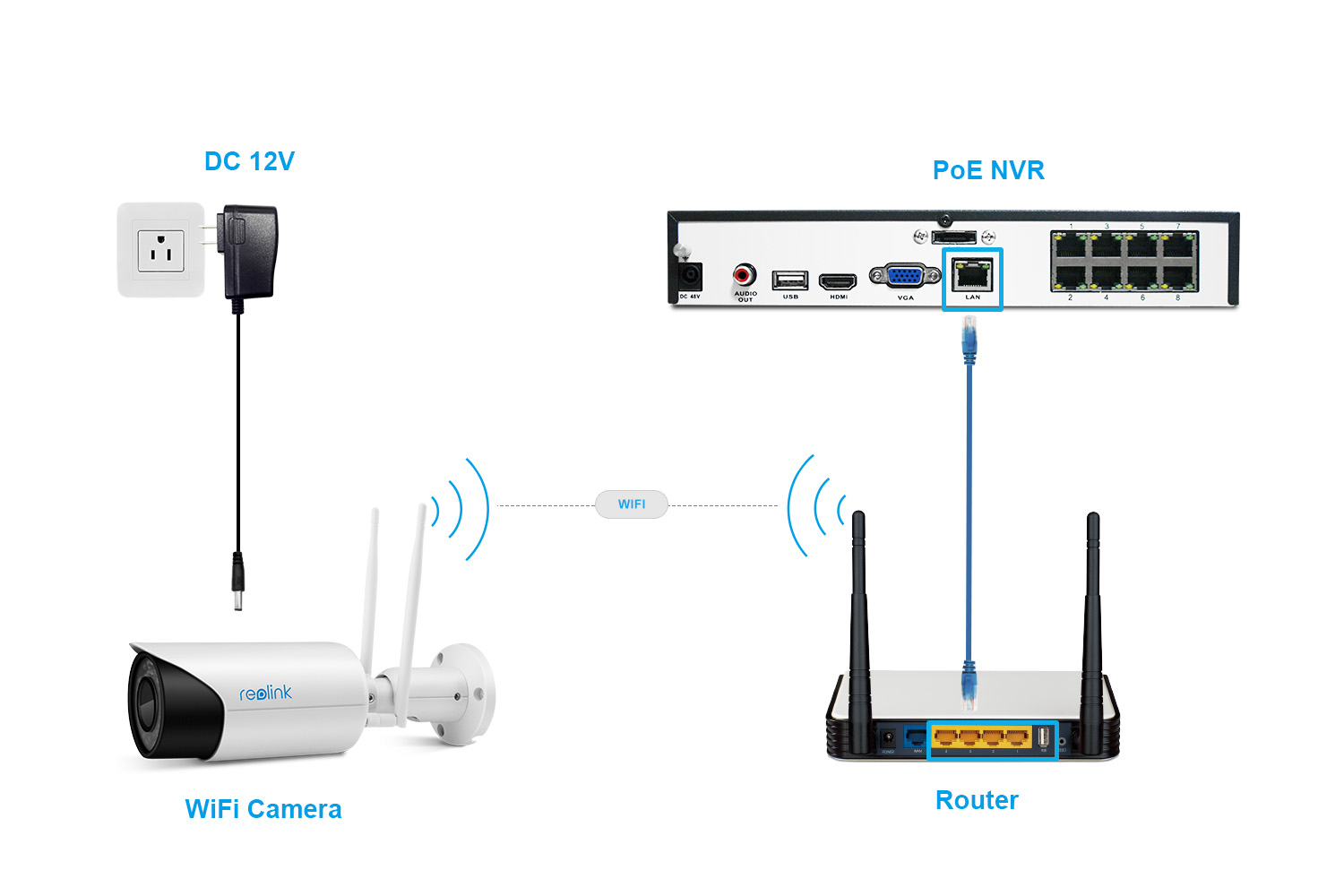